More on Hollywood and technology.

Richard Edlund of Boss Films created all the special effects on “Star Wars.” That makes him something of an authority on all the changes happening in Hollywood, technology that I can some day apply to the Supernovel. 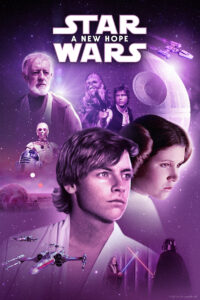 Star Wars jumpstarted technology in movies and the idea of synthesized thespians.

“It’s a new era,” Edlund says. “These are changes as profound as the coming of sound or the use of color film.”

Among the new things computers can do are to turn tiny models into big rooms, turn a few extras into huge crowds, or even change the landscape. The movie “Postman” took a scene shot during the day and turned it all into a nighttime campfire scene after the fact, all with computers. In the movie “Desperate Measures,” Boss Films melded a CGI battle on a bridge into a scene with real buildings.

What does that mean for the Supernovel? Compare it to “The Return of the Jedi,” where a dozen people worked for the equivalent in time of a year to make one eight-second scene.

More from Hollywood: Scott Billups is trying to clone the dead and turn them into living CGI people by scanning still images and motion. These characters are known as “synthespians” or “avatars.”[i] If the character is still alive, like Elizabeth Taylor, there are additional possibilities.

“She could drive her synthetic character,” Billups says of Taylor. “Put her in a body suit, record her movements, rework her facial features, and we’d have to take the age out of her voice. It’s all doable.”