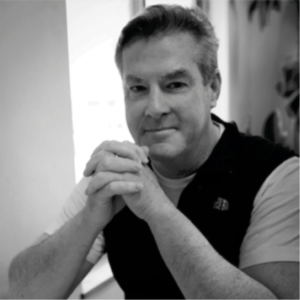 MICHAEL CONNIFF graduated from Harvard with honors in History and won a summer fellowship at the Harvard Institute of Politics at the John F. Kennedy School of Government to research the career of his father, Frank Conniff, a winner of the Pulitzer Prize for International Reporting. As a Harvard Fellow he taught writing to freshman and became the first Harvard writing instructor to use word processing as a teaching tool—and the only Journalism Tutor ever appointed at Harvard’s Eliot House. A pioneer in the online world, he is now an Expert-in-Residence at Harvard Alumni Entrepreneurs.

Mr. Conniff is co-founder of the Isaacson School for New Media in Aspen—selected Faculty of the Year by students—and founded the Digital Story Lab at Colorado Mountain College. He was also the first person hired full-time in new media at NBC. He teaches his Storytelling for Startup workshops all over the world.

His novel, BOOK OF O’KELLS: MOTHER NATURE, reached the Amazon Top Ten list for Historical Fiction. The author of more than a dozen published short stories, he was selected as a Sokolov Scholar in Fiction at the Breadloaf Writers Conference. THE GOOD EGG—from the BOOK OF O’KELLS—was the first and only novel ever conceived and consummated on Facebook.  In addition, he has written several original TV pilots and screenplays—and the how-to book WRITE GOOD!

He has been the founder of many companies in the past, including INTERACTIVE SPORTS, Post Time Media, Media New Service, High Comm Group—and three nonprofits.

In addition, he is host of The Accelerator podcast; co-chair of the Media Committee at Holt Xchange in Montreal, Canada;  a Partner at the KLIC l KALCHURI LNCT GROUP INCUBATION CENTERS in Bhopal, India; a Senior Adviser to Unify Platform (UNIPLAT) in Zug, Switzerland; Entrepreneur-in-Residence at Starta VC in New York; a Mentor at NewChip Accelerator in Austin, Texas; a member of the Customer Experience Advisory Board at the University of Colorado Boulder Leeds School of Business; and the Editor-at-Large at SKI TV. For fun Mr. Conniff plays drums.

Mr. Conniff cut his teeth as a copy boy and then a reporter on the San Francisco Examiner, Baltimore News American, and Boston Herald; he has started five independent news services and co-founded Interactive Sports to pioneer analytics, fan marketing, and the interactive information network at MCI Center in Washington, D.C., one of the first such systems of its kind in the world. He is the former host of Con Games  in Aspen, the #1-rated radio talk show in that market.

BLASTS FROM THE PAST

Be sure to grab your copy today!

Sign up for the MC2 Newsletter and don’t miss a thing!