No Pain, No Gain On My First Election Night

Previous Next
No Pain, No Gain On My First Election Night

I have always loved election nights, though my first one began with a whimper. 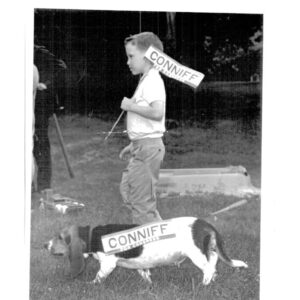 My father, Frank Conniff, was running as”LBJ’s Candidate” on the bumper stickers in 1964. He was running as a Democrat in Westchester County, New York, one of the most Republican districts in the country, second only to Beverly Hills. All five kids and my Mom went together to campaign headquarters election night to watch him win. But he lost 55-45 to Ogden Reid, another newspaperman who later became a Democrat himself.

I remember seeing the numbers on a small television set in the office and feeling a despair I had never known before. I was really proud of my father but he had lost. That was the bottom line that night and every election night everywhere in the country. Some years later, I would realize my father had been crushed, but I didn’t know that then.  Still I was so upset my 10-year-old body had to put the pain somewhere, and I came down with an immediate and excruciating case of the gout in my foot.

The next morning I refused to get out of bed and go to school to face my friends. But my mother made all of us go and I was grateful for that. My friends—Ralph Pucci and Pat Pizzella—were good to me and so were the Irish Christian brothers. Life went on—and that of course is the lesson of that election night and this one, too. President Lyndon Johnson offered my father a good job in his government, as Director of the United States Information Agency (USIA), a job held by the great journalist Edward R. Murrow before him. I remember saying goodbye to my friends at Iona Grammar School in New Rochelle—prematurely as it turned out.  The  $25,000 per year salary was not enough to justify moving a family of four to Washington, D.C.

Sometimes when you lose there’s no place to go except home.