WRITE GOOD! The Title Above The Name

Previous Next
WRITE GOOD! The Title Above The Name

The right title makes all the difference—and a bad title can leave a work dead on arrival.

Not only do titles (and headlines) matter, but they exist for one reason only: to make you want to read the story, see the movie, watch a show, or listen to a song. 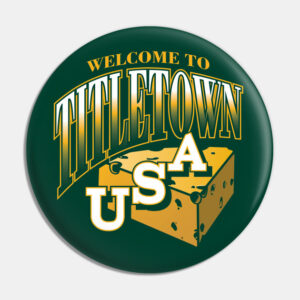 Title Town USA is Green, Bay, Wisconsin—but you can also make your titles a way of life in your writing.

I have a methodology for titles. Every time I see a word or a phrase I think would make a killer title, I put it into the same Word document, entitled Titles, more or less in alphabetical order. Do it long enough, and you end up with hundreds of titles in your database, there for the asking.

(THERE FOR THE ASKING might be a good title, so I stuck it in my Titles database right after THERE OUGHT TO BE A LAW.)

But I don’t look at my Title database right away. Here’s what I do instead to come up with a title:

A title shapes a piece of work from the get-go, particularly if it’s a great title; get a better title and you’ve already made the story better—the whole entire point of writing and editing.

I also have a separate Story Ideas database and I give a title to virtually every story idea, no matter how undeveloped. Then I go to my title database in search of a better title.

Here’s how it works in practice. Today’s idea: a wife lies to her husband every day about his life; because her husband has Alzheimer’s, she does it again the next day—and the next and the next—with dire consequences.

I like the first title I come up with—WEDLOCK—because it drips with irony about marriage, and that would fit my idea. But when I go  through my database, I come up with a bunch of other titles that might work:

AS TRUE AS TRUE CAN BE

FOR THE LIFE OF ME

HALF AGAIN AS MUCH

FOR THE LIFE OF ME

AT THE END OF THE DAY

GIVING UP THE GHOST

LITTLE DID I KNOW

NO TWO WAYS ABOUT IT

PIECE OF MY MIND

THE LIKES OF US

YOU AND ME BOTH

I liked all of these titles enough to begin with to put them in my Titles database, so I’ve already got a headstart. But then I also selected them again for this story idea, meaning I have liked the same title twice.

Just as the WEDLOCK title already starts the spin the story, so do each of these. Take a minute, for fun, to pick a few you think would work. Here are my favorites for this story:

AS TRUE AS TRUE CAN BE

HALF AGAIN AS MUCH

THE LIKES OF US

So now I’ve liked these suckers twice-over, but not enough yet to replace WEDLOCK. I think you can see they spin the story (as yet unwritten) in different directions. ALL THE RAGE, for example, all but guarantees the wife is going to have some form of revenge against her man. LOVE ME TENDER, from the Elvis Presley song, spins the story toward a happier ending. AS TRUE AS TRUE CAN BE seems to me to have a philosophical component. And so on.

Even when I’ve named and then written a story, I keep a list of the other titles: if they spoke to me once and then again, I always hope they will have more tales to tell.