How To Crowdsource A Short Story: OPTION RIGHT by Michael Conniff

Previous Next
How To Crowdsource A Short Story: OPTION RIGHT by Michael Conniff 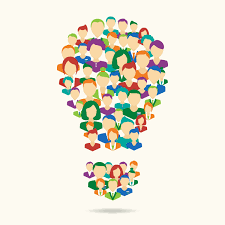 Who knew readers would have the best ideas about fixing Michael Conniff’s short story?

In brief, OPTION RIGHT 1.0, my first attempt, was an effort to conjure a story out of something that happened to me as a sophomore on the varsity football team in high school, when I managed to throw three consecutive interceptions on three consecutive plays. (Take a moment to think about that, sports fans, because it is all but impossible.) This was 1969 at Canterbury School, a private Catholic prep school in New Milford, Connecticut, in the midst of the national debate about the Vietnam War between peace-loving Doves and gung-ho Hawks. My friend Steve Adams and I were the only two sophomores on the football team. The upperclassmen loved Steve but my complete lack of deference to their seniority left me closer on the scale to detestation.

When I came into the huddle for Canterbury School against Suffield Academy in the second half we were already in big trouble. Our star fullback, the great and powerful Cal Calhoun, was knocked out for the season with an injury, replaced by Jack Haire, who would go on to become Time Inc. chief of corporate sales and the president of Parade Publications. Square-jawed Jack was maximum tough—like Jimmy Lee, our wingback and the late vice chairman of JP Morgan Chase—but he was no Cal, and we were in deep trouble, trailing Suffield late in the second half with our 5-0 season going down the drain.

The next week we also lost our last game of the season to our arch-rival Trinity Pawling to end up 5-2—a huge disappointment—and I never even got up off the bench. The following fall I switched to soccer, where the hippies played in the fields of the Lord. Soccer was all about the liberal Sixties, and the Canterbury football team was living in the conservative Fifties. I found a home with the Doves in soccer for the next two seasons, and we won almost all our games. Football, with the Hawks under a new head coach, won only one game the next year, while the Vietnam War got even worse.