Previous Next
CON GAMES: O Canada, Of Thee We Sing

They host the Olympics like they mean it. They smile. They play hockey and penalty-kill. They honor the indigenous people in their midst without trying to wipe them out. And they have the Canadian Mounties.

But most of all what they have is a kick-ass national anthem, a tune that says everything about they are—and about what we, as Americans, are not. 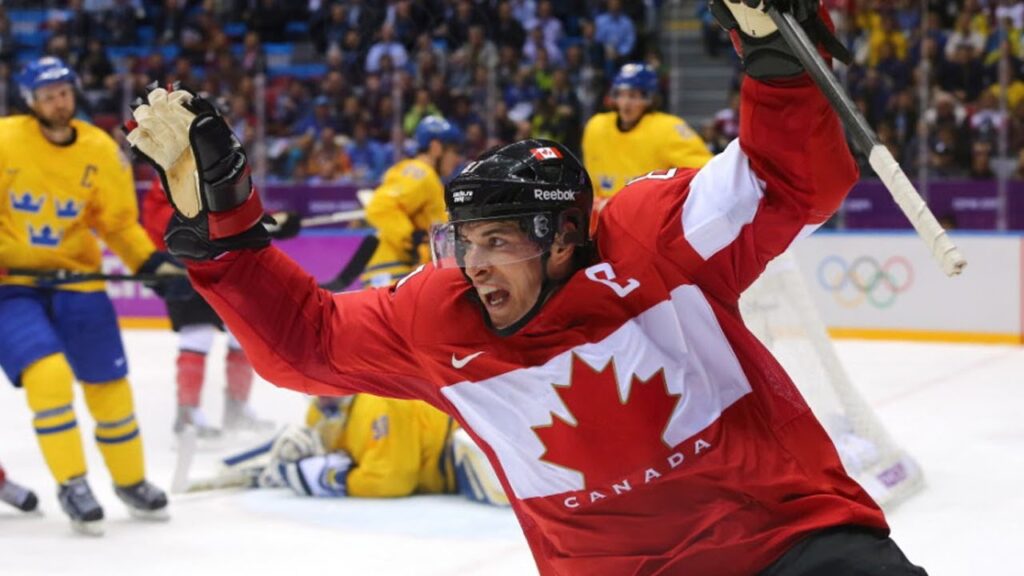 Why the Canadians belt out the National Anthem—and we Americns don’t.

The 2010 Olympic Winter Games in Vancouver, British Columbia, was bristling with unexpected pleasures for the fan, but nothing compared to the way the Canadian people and their athletes sang “O Canada,” the national anthem, on the trips to the podium for the gold medal. They sang it—they really sang it—the way we Americans almost never do with our “Star-Spangled Banner.” They sang it from the top of their lungs with no self-consciousness to speak of. They were joyful when they sang it.

The key to understanding a country is to watch the athletes sing, and in the case of Canada the stars belted out “O Canada.” My favorite was the women’s gold-medal hockey team, followed closely by men’s curling and men’s hockey. In every case—fifteen times in all during the Winter Games, the Canadians had a chance to let it rip and rip they did, milking every minute and every word.

As for American athletes, our stars really don’t know how to sing our National Anthem at all. It’s notoriously difficult—we know that—but our athletes at best mouth the words, without really singing, or they don’t move their mouths at all. And when they do sing, there’s a postmodern self-consciousness to it that says we Americans are just too cool for school.

But it’s more than that. Glorious as our anthem can be, it’s really about the glories of war. It’s about a flag, after all, and not a people. Not so with Canada. In “O Canada,” three times the Canadians sing: “We stand on guard for thee.” In Canada, in other words, the anthem puts personal responsibility both on the individual and the “we” that is the heart and soul of a country.

In America, after 9/11, we briefly were a “we” as only we can be in wartime. But it waned. Now the Tea Party worries about forming a well-established militia so as to take up arms against the government. Americans who stand on guard do so selfishly, for themselves, with only a perverted sense of patriotism as a stand-in for true love of country.

Oh Canada! If only we could be more like thee?