WRITE GOOD! How To Write a Screenplay Like Keyser Soze

Previous Next
WRITE GOOD! How To Write a Screenplay Like Keyser Soze

Everybody knows Keyser Soze. He’s the Turkish crime lord from The Usual Suspects, the classic noir directed by Bryan Singer and written by Christopher McQuarrie. McQuarrie went on to write a raft of terrific scripts and is booked into 2021 as the primary Tom Cruise writer with the next two Mission Impossible screenplays and the imminent Top Gun: Maverick movie. But the success of the Suspects script in 1995 launched his career in large part because of an unexpected reversal in the last scene of the movie—an ending that will literally make you gasp. 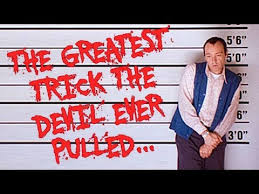 How did Christopher McQuarrie pull off the old switcheroo with Verbal Kint and Keyser Soze?

Spoiler alert: I am going to spoil both McQuarrie’s story and “Fallen,” written by Nicholas Kazan and directed by Gregory Hoblit, a favorite of mine for Frequency and Fracture—because they both share a surprise ending of similar provenance with a simple but powerful trick from the writer’s toolbox that anyone can use. The Sixth Sense, written and directed by M. Night Shyamalan will also be dissected to develop the same technique—a shocking ending set up from the start with a bit of narrative sleight of hand that culminates in a surprise ending.

Here’s the trick: if you want fool the audience and spring a surprise at the last minute, let the character providing the surprise either narrate—or be the protagonist of the story—from the start. That way the audience is suckered into the scam from the beginning but never sees the big reveal coming until just before the final curtain. That’s all there is to it.

The Usual Suspects opens with Dean Keaton, played by Gabriel Byrne, about to trigger a huge explosion on a dock seconds before he dies. He lights the fuse along the ground but a man—seen only from the waist down—pees on the flame to put it out. Then the man shoots Keaton and sets off the explosion to blow up the ship and kill 27 people—all but the one man who can identify Keyser Soze, the unnamed murderer we’ve only seen from the waist down.

So we don’t really know whodunit, but the first voice we hear after the explosion is Verbal Kint, played by Kevin Spacey as a weakling con man, a self-described “cripple” with cerebral palsy. For the rest of the movie, we are treated to Verbal’s fabricated story as told to U.S. Customs agent Dave Kujan, played with pizazz by Chazz Palmienteri. Only at the very end do we learn Verbal Kint is actually the murderous Keyser Soze—the man who peed on the fuse and then shot Keaton dead before he blew up the ship and killed all those people.

Because we jump from Keyser Soze directly to Verbal Kint in the first two scenes of the movie—and because we never see the murderous Turk except in disguise as Kint—we never make the connection between the two. You walk out of the movie flabbergasted.

Fallen is another example of the same trick. The script by Nicholas Kazan starts with a flash-forward of detective John Hobbes, played by the great-as-always Denzel Washington, saying his final words in a voice-over as he dies in the snow—or so we think.

“I want to tell you about the time I almost died ….” Hobbes says. By the end of the movie you can be excused if you have forgotten the importance of the word “almost.” In fact, in a double-whammy, “Hobbes” is dying because the devil has taken control of his body, and the only way to stop the demon from killing again is for Hobbes to kill himself, because the evil one moves from one body to the next whenever it touches a human being. In “Fallen,” Hobbes is committing suicide to kill the demon within his body: his final words belong to the devil himself who “almost died….” As Hobbes is dying a cat touches him—and off goes the devil in feline form, leaving the death of Hobbes a suicide without meaning.

If you want another example, consider The Sixth Sense, where the child psychologist Malcolm Crowe, played by Bruce Willis, is shot in an early scene but doesn’t realize he too is dead until the big reveal in the end. He spends most of the movie trying to help the boy who “sees dead people,” when Crowe is in fact dead himself. Because Shymalan cut right from the living Crowe to the dead one, we never suspect the child psychologist gunned down at the beginning of the movie is one of those dead people only the boy sees.

As with The Usual Suspects and Fallen, I don’t think there’s any way to see the final twist coming upon first viewing. I think it’s surefire and should work every time, assuming the rest of the script stands up to this set-up.

How can you use this simple trick?

Any story presenting an insider with special knowledge of the events is directly applicable. A cop in a police department, an FBI agent leading an investigation, or someone in a law firm—or a bank—are just a few of the possibilities. I’m already working on an idea myself with a narrator we meet in the first scene who breaks bad when we least expect it because she is telling us the story from the start.

Maybe you have an idea like that, too, where the reliable narrator ultimately becomes unreliable. Feel free to steal this trick I stole myself in the first place.