THE SUPERNOVEL by Michael Conniff

Previous Next
THE SUPERNOVEL by Michael Conniff

THE SUPERNOVEL by Michael Conniff

Worth remembering: I have actually written what I call the Supernovel because THE GOOD EGG, originally known as CHILDREN OF THE O’KELLS, and written entirely on Facebook, is in the books online. It includes text, graphics, audio, multiple voices, made-up characters posting, “Michael Conniff” posting and even participation by non-combatant civilians on Facebook. 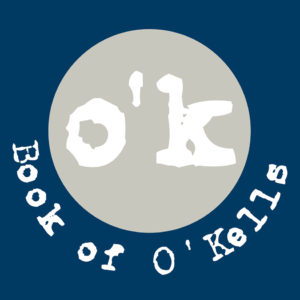 How come this has never occurred to me before? Perhaps because it slid by unremarked and unnoticed. But there were many challenges that went along with it, mainly those caused by the many quirks of Facebook. For example, every time a character had something to say they had to sign in and then sign off before another character could sign in and sign off and so on. Almost as challenging: everything, every post, had to be written in real-time, because every post in Facebook is time-stamped. In other words, if something happened on Christmas Day, you actually had to post it on Christmas Day. And that went for every post: they all had to be time-sensitive.

As far as I know, no one has tried to write another novel on Facebook because it’s just too hard, though the director Stephen Soderberg has tried to write one on Twitter with mixed results because he did not tap into the real power of linking to additional content.

So maybe I should give myself a little more credit. The Supernovel? Been there. Done That.